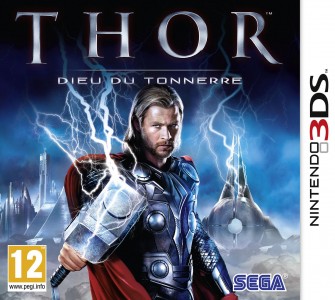 Earlier this year, Thor: God of Thunder released on the Xbox 360, PS3, and DS. As we stated in our reviews, the DS version was miles above it’s console kin for a number of reasons, but now a new portable version for the 3DS has finally been dated and will hit shelves alongside the release of the DVD and Blue Ray for the movie on September 13th.

As far as story and even gameplay goes, I want to say that this version of the game looks closer to it’s console brethren, but being a on a handheld the visuals are certainly looking polished and sharp at the moment. To prep for this release, Sega released a few screenshots which show are hero in action and also confirm real-time event boss battles. The 360 version had these same style, but I am hoping Thor for the 3DS takes a simpler route as we know how that turned out for the thunder god. You can check out the new screenshots below and let us know what you think about this title in the comments below.

No Alpha Protocol 2 in the works