Since the Playstation Vita’s announcement and pricing plans were revealed, it seemed as though this system would have no equal, and that it would roll over its competitor and might even take a nice stab at mobile gaming. However, at TGS 2011, two announcements were made that made this system much less desirable. First off, it was revealed that although “some software titles are capable of saving [saved data] on to the PS Vita card itself,” other “PS Vita software titles may require the use of separately sold memory card.” These seperately sold cards will NOT be universal though, unlike what the PSP used. Yes, no SD or Memory stick cards will fit in the PS Vita. To save games, buy PSN content or full games from the Playstation Store, you will need a special memory card, costing anywhere from $29 to $124 for a 4, 8, 16, or 32 GB card. 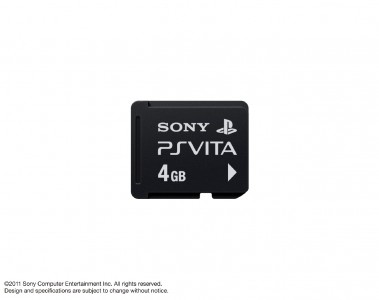 Secondly, the battery life on the system is expected to last for about 3-5 hours in game mode, with slighly longer times if video and other features are used, and if only default settings are used. Default means that Bluetooth is turned off, headphones are used instead of speakers, the “default setting” is used for screen brightness, and there is no “network” use in games. Making matters worse, Sony will charge $36 dollars for a docking station, unlike Nintendo who started packing a docking station into new 3DS packages to combat the short battery life of its system. You’ll have to use the packed in cable for your Vita’s charging needs, unless you shell out even more dough.

What do you think? Will the system be a boom or a bust based on these revelations?

Insider: PlayStation Network Premium Service to be Announced at E3