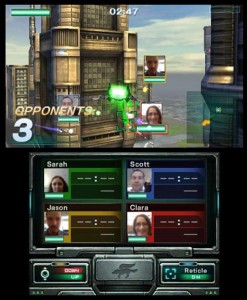 Star Fox 64 3D was released earlier this month and was widely accepted as being a great representation of what the game was back in the day. However it may have been a bit true to past games, because it still didn’t have an online mode despite a multiplayer section basically begging for it. It seems that Nintendo chose not to include multiplayer for some rather ridiculous reasons.

Speaking with the Official Nintendo Magazine Nintendo representative Yusuke Amano revealed Nintendo’s reasoning which has to be pretty horrible sounding, basically admitting to releasing a rushed title so that they could show off “the appeal of the Nintendo 3DS as quickly as possible.” Read the full explanation below.

“Just making multiplayer parts of existing games playable online isn’t enough to create a satisfying experience for users. The popular online games work in lots of things, so they play well online – and if we wanted to satisfy everyone who bought the game, the costs required for including online support would be vast.

For this project what we needed to do was use Star Fox to provide users with a game that shows the appeal of Nintendo 3DS as quickly as possible. We put a lot of effort into the graphics, and if we had included online support then we couldn’t have reached this level in the time allowed.”

So Nintendo has decided that they should release the game as quickly as possible, despite not including a mode which would have delighted many gamers and truly extend the life of the title. Sure Nintendo may wish that everyone and their friends had a 3DS, but local multiplayer may as well have made playing against other people a non-existant thing.