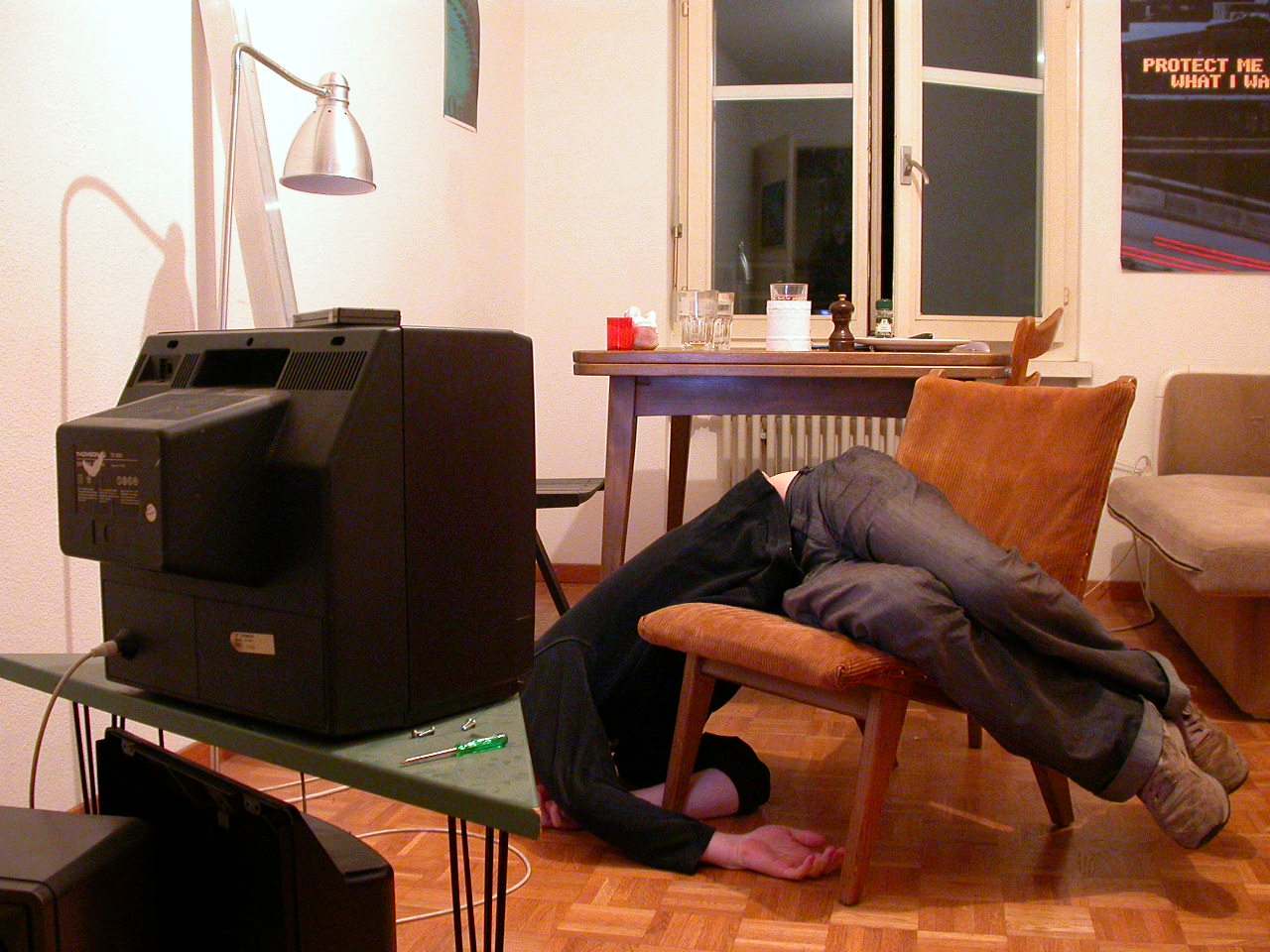 Im not sure about you but im bored, really bored with the current state of the gaming industry and what it has slowly become, lets say since the release of the latest generation of consoles. Just when you think a ray of light in the form of some kind of unique and conceptually different IP has broken through the glut of First Person Shooters, predictable adventure games, never-ending remakes and very poorly made renditions of popular sports like Rugby Union; it always turns out to be to good to be true.

I dont know where it all fell apart but i think it was somewhere around the time games made the transition to becomong more akin to Hollywood blockbusters, complete with the budgets, deadlines and constrictive hold on creativeness that comes along with the territory. Once you are answerable to a higher power so to speak, your entire approach to game production must change to become more focused on the finances, surely resulting in other departments having to suffer the consequences. I cant remember where I read it and trust me I googled for ages but it takes something in the vicinity of 100 staff, 2 years(maybe more), to produce 6 hours of gameplay. At $10000 per man month the development costs are 24 million alone. You can imagine it would be hard to find a publisher willing to pump anymore cash than that into any project, regardless of its reputation.

In fact, following on from such ‘masterpieces’ as Duke Nukem Forever, publishers would be wise to be weary regarding anything to do with remakes, sequels and spin-offs, especially those that havent had their names in the spotlight for over a decade. The problem with remaking a title 10 years later is that gaming has come so far in every aspect from graphics engines to motion control, that the remake looks and feels so different from the original it fails to appeal to its original fanbase. Looking at the new trailer for Oddworld I sincerley hope this not to be the case in this situation. I remember this games appeal to be its quirkiness and challenging puzzles, as well as having a truly immersive storyline that was somewhat disgusting yet addictive at the same time. Unfortunately not much coming out these days can be even remotely described by any of those words and pale in comparison.

In addition to this, many of these companies are trying to find success with games that were truly groundbreaking for their time. There is no denying the influence Duke Nukem as a game and character had on the industry, shaping the way for all the brutality that followed. The industry owes Duke many thanks, dont get me wrong, i just dont feel that his latest instalment did any form of justice to the franchise.

I guess the sad thing is, despite the countless hours amd millions spent in production, the ultra realistic graphics and geographically correct environments, despite the immersive storylines and disregarding the hype and preconceived ideas, current games on a whole are just not holding our interest. A recent study conducted by Raptr and backed up by reputable industry executives from companies such as Activision, Capcom and Konami has found that 90%, yes 90% of gamers who start playing a game will NEVER complete it, a finding that is not isolated either to unpopular games but encompasses AAA titles such as Game of the Year Red Dead Redemption.

There are valid contributing factors however to the dilemma, including an age shift that has seen the average age of the avid gamer player and buyer rise by over 10 years. As a flow on effect, the time gamers now have to play AAA rated console titles has been dramatically reduced, and combined with the plethora of other distracting and diluting media platforms, has contributed enormously to the situation. The other major contributor according to Keith Fuller of Activision is the multiplayer “monkey” on many players backs, with Fuller claiming he knows many people who never even load the single player campaigns.

Why so many gamers are looking to install homebrew and emulators on their consoles, giving them the ability to play old Sega, Nintendo, turbo graphx and other retro titles is no surprise. These games offered players a challenge and more importantly had extensive replay value. Think Golden Axe, Ghosts and Goblins, Sonic the Hedgehog and R-Type. I cant remember the last time a Shoot em up was released for any major console going as far back to the days of the Sega megadrive when Shoot em ups like Truxton were successful as stand alone titles rather than being incentives, add-ons or simple IOS ports. Furthermore, these games with with a sense of excitement and a touch of mystery that was paramount to their success. Personally I think the only company still coming close to producing games of this conceptual calibre are Nintendo, despite the fact they still rely a little too heavily on their old favourites Mario, Donkey Kong and Zelda.

Ok so before the flaming begins let me say a few more things. These are my opinions and I have been playing games since the days of Nintendos Game and Watches which i can honestly say are more enjoyable and challenging then many games I’ve played recently. To all of you mobile gamers who will argue the immense amount of new IP being shown across the various platforms, I agree with you, and applaud the efforts of these independent studios and developers, but still my response is blah blah blah. Its all excuses, these games are adding nothing to the gaming industry, merely following a lucrative trend, and when its all said and done none of them will be remembered for anything more than what they are, short lived expendable fads that will leave no impact on the industry at all. Yes they have made some people a lot of money and yes i would also do it if I could but that doesnt mean i have to agree with it, or cant see it for what it is.

So now onto a few games that are an exception to the rule and are excluded from being lumped into the same mediocre category as the majority of titles. In no particular order they are
1. The magnificent and twisted Portal 2. Despite some claims that its success is derived from its large female input into development, the game would have been popular had it been produced by a group of crack smoking monkeys. It wasnt hard for Portal 2 to stand out from the rest, I mean it didnt even have a “real gun”, which immediately sets it apart from 99.999999999% of the market. Portal 2 was a challenge and it also offered gamers something i believe is fundamental to success, the ability to perform tasks not available in real life situations, thus adding that element of the unknown to the mix.
2. While having a typical storyline, Dead Island is as far from a typical console game as you could get, combining arcade action with strategic choose your own adventure style play. Its hard to pick too many faults and despite is huge levels of violence (so much so i have a hard time wondering as to how the Australian classification board let this through and had the audacity to ban Mortal Kombat), it displays features such as the weapon mod and upgrade system that is not present in other titles.
3. I dont have much to say about Crysis 2, and i cant pinpoint what sets it apart from every other FPS that was released around it. I guess in the words of Dennis Denuto, the lawyer from the movie the Castle its the “vibe”, “the general feel”.
4. FIFA 11 – say no more
5. Super Mario Galaxy franchise, Super Paper Mario, New Super Mario, I think you get the general idea as to what im trying to say.
Of course there are more but it gets a little subjective so i wont go on and you get the idea that there are still some gems being produced amongst the colourless stones.

So I guess im done rambling, Im sure there will be many who disagree so before you get your knickers in a knot, Im old and bitter, I dont like getting my assed kicked online by people who spend all day lurking in corners waiting for you to spawn only to shoot you and giggle with glee in their mums basement. Im not looking for long-winded games, Im happy with their length, its the content I have an issue with. We’ve either seen it before in a better form or its so terribly executed we dont really want to see it at all. Heres crossing my fingers that new idea is just on the horizon as Im losing faith in lack lustre remakes, rehashed ideas and unoriginality oozing from every pore of the industry.

These are my own personal views and do not reflect in any way the views of the website capsulecomputers.com nor those of any of the other editors on the site. Thanks for letting me express my own opinions. If you are going to comment I have a lot of respect for your own views and am happy to engage in intelligent conversation with you. Any flamers or those who can only express themselves through profanity will be ignored and comments deleted due to a lack of understanding and improper use of the english language.