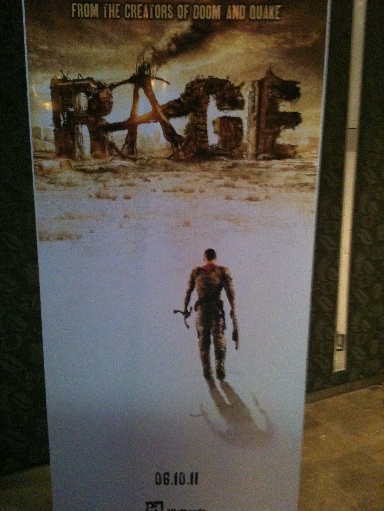 Yesterday, I had the extremely fortunate opportunity to attend a small media release event being held in Sydney to show off id Software’s newest FPS: RAGE. Present at the event was none other than id Software’s creative director Tim Willits, who was the former co-owner of the company. It was good to see that, even to this day, he still has his hand in game production. Getting to meet one of the creators of RAGE, as well as the past hit titles DOOM and Quake was a huge privilege.
The event took place in the rather lavish Aurora Bar within the Sydney CBD. Upon walking to the top floor, which was the staging area for the preview play, several display monitors and Xbox 360 consoles were hooked up, complete with Turtle Beach headsets, and a side table of food and drink. Not wanting to waste any time, everyone present immediately jumped into the action. The first screen available to us was the single player campaign, with the difficultly select option the first decision that the players had to make. Tim advised that those of us that thought we were hardcore should choose a harder difficulty. For a moment, I was egotistically tempted to try, but for the sake of getting through as much as possible, I selected the normal difficulty. 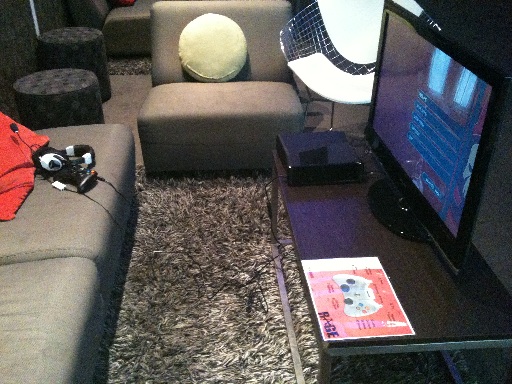 To begin with, RAGE opened with a visually stunning cinematic, far beyond the graphic stylings that we, as gamers have experienced in past id Software titles. Already, the new game engine that Tim discussed with us earlier could be seen at work. The cinematic showed a group of people undergoing some sort of high-tech procedure in something dubbed the “Eden Project”, presumably augmentation with technology. At intermittent points, the cinematic would quickly switch back and forth between these people, and shots of a gigantic meteor hurtling through space, crashing through Saturn’s asteroid rings, and scrapping off large chunks of Earth’s Moon. I’ll give everyone else a guess as to what the meteor is going to hit… The cinematic closes out silently with the image of the meteor tearing our planet Earth a proverbial new one. And thus, gameplay begins. 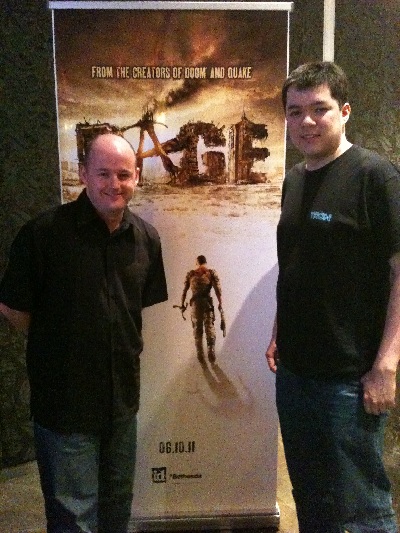 The game begins with the player locked in a stasis pod, presumably one of the augmented people from the cinematic. Fans of many past FPS series will find this familiar territory, especially fans of Halo. Immediately, players will feel a tutorial section coming on. Breaking out the stasis pod, the player can look around to see that all of the other stasis pod inhabitants are deceased. The usual controller configuration occurs, and the player is instructed to immediately exit the “Ark”, which essentially functioned as a cyro-sleep pod where people were able to wait out the impact of the meteor. Setting out into the natural sunlight, the player beholds a magnificent looking, but rundown factory in the distance. The entire landscape is barren and dry. The whole place is a wasteland. Presumably they were not always this way, as the structures still appear to be in operating order. Well, some of them.

Almost instantly, the player is attacked by humanoid like mutants. Having no idea of what they are or how to kill them without a weapon, the player character is quickly saved by a man calling himself Dan. He instructs you to get into his car. Not having any other idea of what to do at the present moment, the player must accept this request. As he drives, Dan explains that the wasteland is a result of the meteor impact. He also says that he recognises the player as an Ark dweller, and that it was very lucky that it was him that found the player. Anyone else would have either killed you, or turned you over to a group known as The Authority. Dan’s explanations really assist the player in devising the state of this world, where bandits and lawlessness are all too common, and folks wishing to live in peace are only found few and far between. At the end of the brief road trip, you find yourself in a small starting town, where Dan subsequently gives the player their first quests, and aid them by providing weapons and vehicles. Walking around town, players will also run into other characters who own a shop to trade or teach you how to use certain items. However, due to the sheer size of the in game world, it is clear that vehicles are make up a significant element of gameplay. 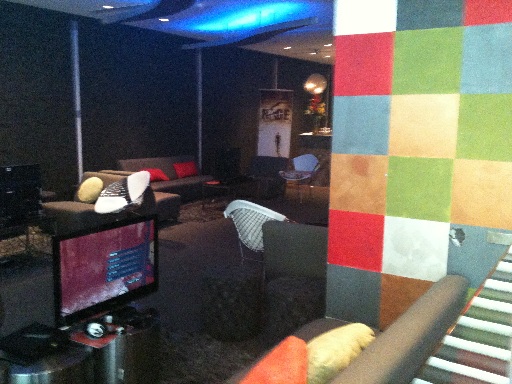 Very early on in the game, you meet a young lady in the first town who is twirling a small three pronged blade like object. She explains that the item is called a Wingstick, which happens to be the signature weapon of the game. After a little target practice, she hands over a few to the player. Australian players will be fond of this weapon, as it essentially functions as a bladed boomerang. If a Wingstick hits an enemy it will either bounce back to the player if the kill was clean, or stick in the body of the enemy until the player can retrieve it. So essentially they serve and reusable ammo. This weapon quickly became my favourite for close-medium range combat. Speaking of which, the violent design of RAGE is certain to appeal to the bloodlust sense of many gamers. The multitude of ways in which enemies can be dispatched with is entertaining in its own right, but this adds that extra level of satisfaction to a quality premeditated kill.

One other feature that is worth mentioning is the death mechanic. RAGE takes a very unique view on death. Due to the player character’s heavy augmentation with nano-machines in their body, all players will be able to defibrillate themselves after a deadly hit. This is brought into light early on through a cinematic where a bandit leader has the player character strung up and stabbed right through the chest. The defibrillator is activated through the use of a small, simple control mini-game which not only kick-starts the player’s heart, but also sends out a defensive electric shock out of the body to zap and kill any enemies in close range. While there are penalties for dying, such as the loss of money and objects, the unique resurrection function works pretty well. 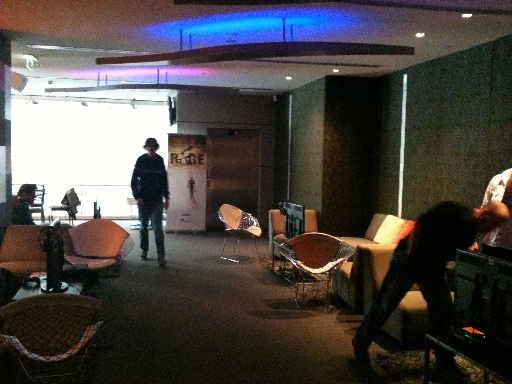 Overall, my experience with RAGE was quite was quite enjoyable. While attendees only had the opportunity to player through a single player session, it was revealed that multiplayer functions will exist, and that they will incorporate both aspects of racing and FPS gameplay. This game has already been hyped to a fevered pitch, but from what I have played of it so far, I can assure any prospective players that they will not be let down by what the game entails. 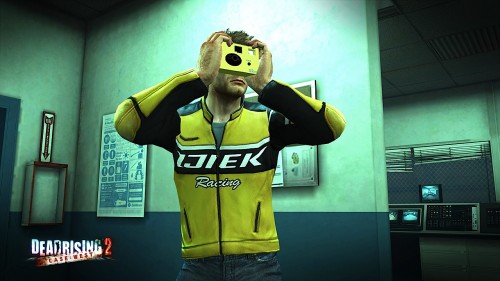 Why does your companion hate Skyrim?