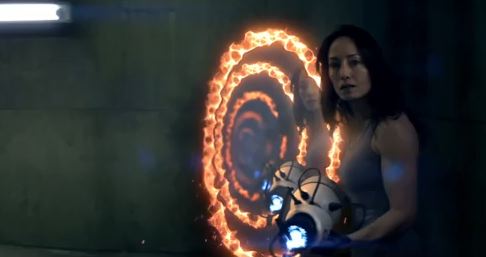 It’s rare to find a fan made film that’s not cringe worthy, let alone legitimately good and works by itself without the backstory of the property to prop it up. However, that’s exactly what we have here with Portal: No Escape, by Dan Trachtenberg. Admittedly, Dan is a working commercial director so while he’s in the industry and has the know-how and contacts, this is by no means produced by a studio. This is a self funded short film that took 1.5 years to make. Dan actually used his twitter following to find people to finish up on special effects. Before watching this I never really considered Portal a property that I might want to see as a film, but you can certainly count me in that camp now. Dan is also a co-host on the popular internet show The Totally Rad Show and runs onecoolthingaday.com.

Since being released, the short has had almost 6.5 Million views and has become the 3rd highest rated video in youtube history.