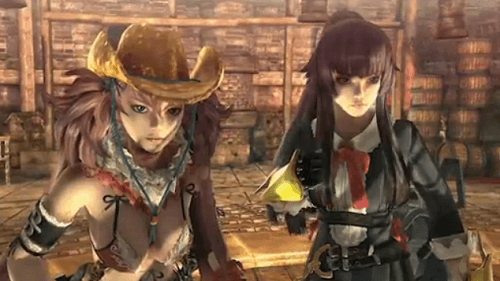 Yesterday it was revealed that D3 Publisher was working on a new Onechanbara title exclusively for the Xbox 360. Today they have released a debut trailer for the title which you can see below. The game will have players playing as two new sisters who are vampires named Kagura and Saaya. As you can see below one of the sisters retains the same cowgirl bikini outfit as before, with the other sister wearing something similar to a school outfit.

It seems that the title may actually be more than just running around and fighting random zombies this time however, as the bosses are quite larger than in the first title. Of course all of the bare flesh on the main characters is the same. Perhaps this title does indeed have hopes of being released in the West. Lets hope so because everyone needs a bit of Onechanbara in their lives.