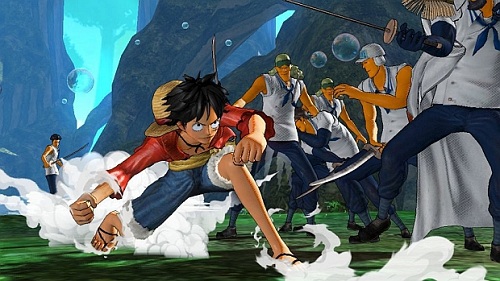 For those wondering just what One Piece Musou is going to look like, you won’t have to wonder anymore. A screenshot for the title has been released and can be seen above. The screenshot itself shows everyone’s favorite rubber captain Monkey D. Luffy about to take down a small cluster of marines.

Also revealed was that the game would be released sometime in 2012 only on the PlayStation 3. The title will likely play similar to past Dynasty Warrior styled games where players will face hundreds and thousands of enemies like the ones shown above. More information will be available next week as Namco Bandai plans on debuting the title at Tokyo Game Show.

Over 9,000! screenshots for Dragon Ball: Origins 2 (Number may be exaggerated)