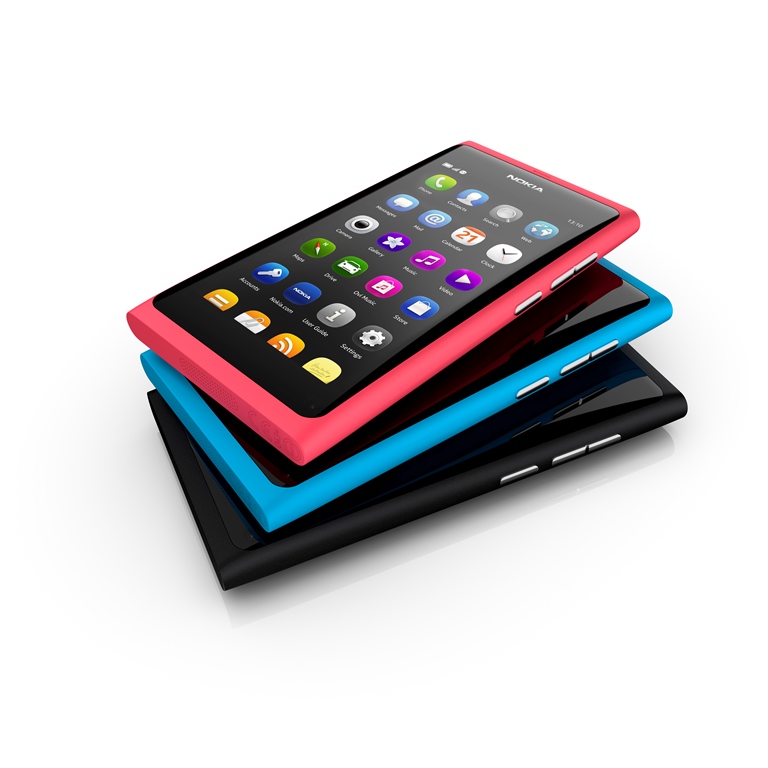 In the age of Apple and Iphone domination, its nice to see a competitive product that is easily differentiated in design, concept and feel, that can try and stand up to the white army. Yes I realise there are other brands out there, but when you see a Nokia you can tell its a Nokia. Their latest range of smartphones such as the E7 and N8 are stylish and sleek in design and have a certain appeal that in my opinion is not present in many other major competitors smarthphones.

Nokia continue their line of smartphones with the introduction of the “all screen” Nokia N9 smartphone, powered by the MeeGo OS, a sway away from the Symbian 3 platform used in the majority of their current models. Featuring the same AMOLED screen as the N8, the Clearblack display will ensure clearer more vivid contrast ratios and colours. The N9 casing is tough as nails, using the same material as ice hockey helmets with bled through paint meaning colours will remain intact even when scratching occurs.

Nokia have also continued with their theme of simplicity, incorporating three homepages neatly arranged on a spinning carousel style system. The large 3.9″ screen can be pinched and zoomed at will to show either four or nine open Apps which are located on the main hompage. The other two relate to such functions as the calendar, calling and texting.

I am hoping for Nokias sake that the camera is as good as that which was incorporated on the N8, as this surely should be the benchmark for the industry. It looks at least as though the protruding lens has been done away with to maintain the slim new look of the design. The N9 will come with an 8MP camera with Carl Zeiss optics, a wide angle lens with HD video capture and large lens aperture for better performance in low lighting conditions. It also features NPC technology, allowing users to transfer information between devices by simply touching them together.

Just to add the icing to the cake the N9 is eligible for Nokias turn by turn drive and walk navigation with voice guidance and Nokia store gicing you access to any app you should require.

Here are a few quotes from some big names in the industry, namely Optus and Telstra, but it should give you an idea of what to expect from this new addition to the Nokia family of smartphones.

“It’s clear that Nokia fans have something quite special to look forward to in the Nokia N9,” said Andrew Volard, director, Telstra Mobile Products. “It’s fast, simple to navigate and features a beautiful design that sets the N9 apart in a crowded smarpthone market. We’re looking forward to making it available to our customers on Australia’s largest and fastest national mobile network.”

“The Nokia N9 is where form meets function- this is a sleek, stylish and highly intuitive smartphone, offering customers a device that looks as good as it feels,” said Ross Parker, general manager of Devices and Pricing at Vodafone. “The N9 will be Nokia’s flagship device for 2011 with good reason, and we are thrilled to be delivering the N9 to our customers on Australia’s best value mobile plan range, Vodafone Infinite.”

Those wanting to register for the N9 can goto Nokia.com.au/N9
Telstra customers can register their interest on Telstra.com/N9
Colours available for the 16Gb include black, blue and pink while the 64Gb will only be available in black. Anyone interested in any of the models should contact their network provider to discuss availability.