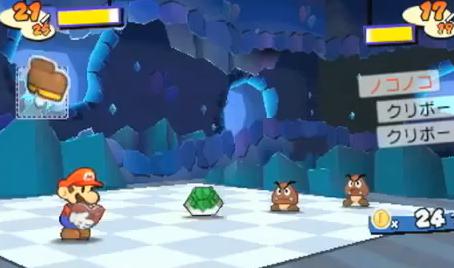 During Nintendo’s press conference, we finally got a solid launch window of “2012” for Paper Mario. Other than that though, we didn’t get fed a whole lot of information about the game aside from a very short clip. Nintendo have changed that though and released a new trailer that shows off the gameplay side of things for Mario’s next RPG adventure at Tokyo Game Show.

Now if you have ever played the Nintendo 64 version of Paper Mario, the 3DS version should feel right at home as things have returned to their turn-based and non-stage roots. There also appears to be plenty of exploration this time around as in the clip, Mario can be seen walking in and out of houses and interacting with the various environments. Honestly, 2012 can’t come soon enough as this is just one title that Nintendo have up their sleeve for the 3DS, but while you wait you can at least feast your eyes on the new trailer below.