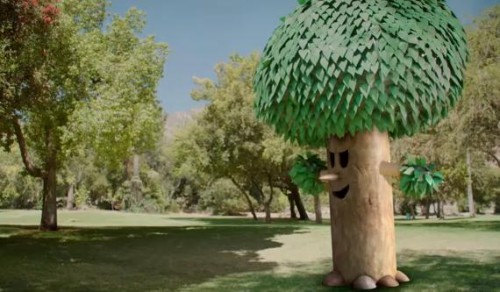 Nintendo certainly have been promoting the upcoming Kirby Mass Attack as of late and I have honestly been loving every minute of it. To further their promotion, Nintendo released the first television commercial for the game, which in my opinion is awesome as it taps upon the ads of Nintendo past and features the core audience for the title rather than any celebrity endorsement (yes Beyonce, I’m looking at you..).

In this clip, we see a real-life Whispy Woods antagonizing a kid (who is representing Kirby). Soon after this young lad has enough and makes quick work of the infamous tree by multiplying, much like the concept of the game itself. Now if this cheeky sequence doesn’t capture your attention, a bit more gameplay footage is shown as well which gives players a further look into how the action will play out on the touch screen. Check out the commercial below for yourselves, and get ready as Kirby Mass Attack is due out on September 19th, exclusively on the Nintendo DS.