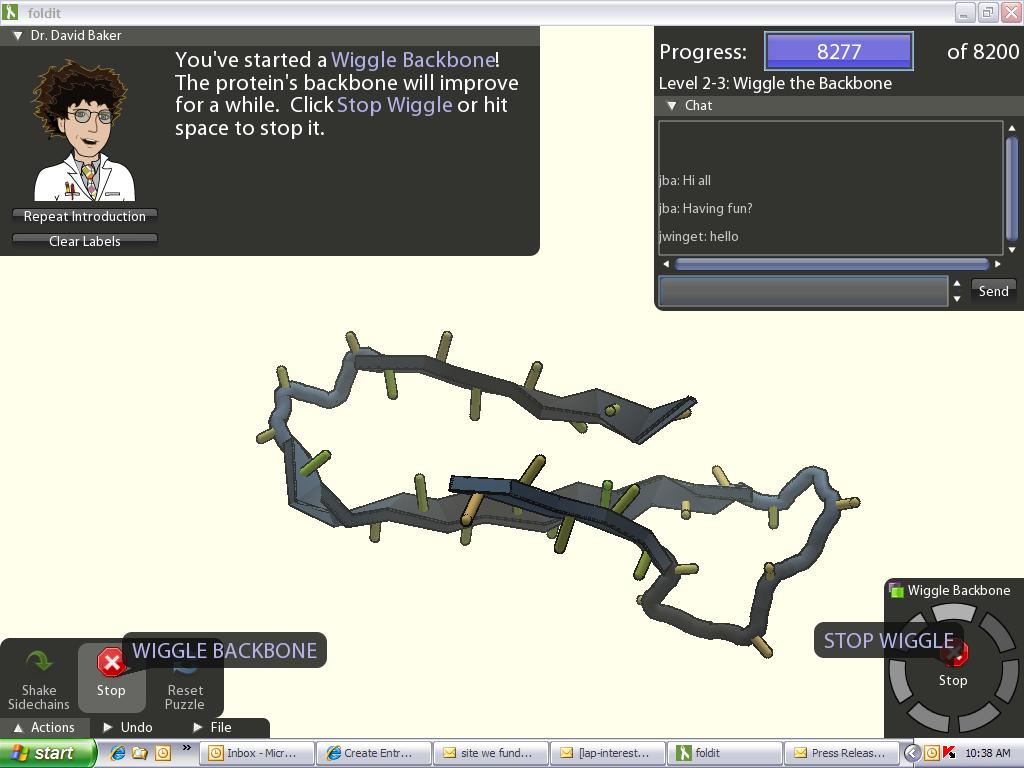 For anyone who has always wanted to release the bio-chemist buried deep within themselves but never had the chance; well your day has finally come. Researchers have developed a fantastic video game called Foldit, that essentially rewards players for solving scientific puzzles related to protein folding. And as well as being immensely challenging and enjoyable, has aided scientists in a very important medical and scientific breakthrough.

Enter the University of Washington and Seth Cooper, who via popular journal Nature explain how “top-ranked Foldit players excel at solving challenging structure refinement problems” in protein folding, even if they aren’t scientists. He says that from their research they have learned that multiplayer games can be a catalyst and “a powerful new approach to solving computationally limited scientific problems.”

Performing in relation to Rosetta which is the protein folding fields standard piece of software, Foldit players came out on top 5 times out of a sample of 10, with 3 draws and 2 wins for Rosetta.

“Foldit gameplay supports both competition and collaboration between players. For collaboration, players can share structures with their group members, and help each other out with strategies and tips through the game’s chat function, or across the wiki. The competition and collaboration create a large social impact to the game, which alters the aggregate search progress of Foldit and heightens player motivation. As groups compete for higher rankings and discover new structures, other groups appear to be motivated to play more, and within groups the exchange of solutions can help other members catch up to the leaders.”

So far, within a small 3 week period, gamers have helped to map out the structure of a specific enzyme that may be used to fight HIV and AIDS. The gamers unlocked the structure of a protein called M-PMV, which is something scientists and number crunching high speed computers have failed at for a decade. After so many failed attempts the scientists challenged Foldit playes who remarkably provided them with sufficiently accurate enough models to be of use.

Whether games like these can actually assist science long term is yet to be seen and not being a micro-biologist or willing to “brush” up my knowledge in the area, can only say i hope so. Many others are highly optimistic as can be seen from the vast array of sponsors including Adobe and Microsoft as well as the US Defense Advanced Research Project Agency and whatever secret weird stuff they are involved in.