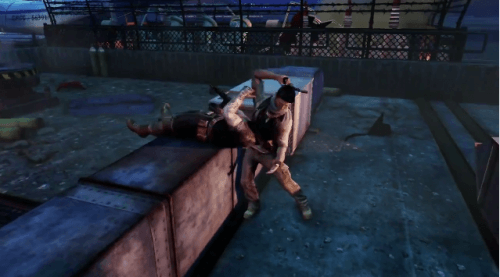 Ladies and gentlemen, I shall conduct a history lesson. Uncharted 3: Drake’s Deceptions hits our stores in November as one of the most anticipated titles this year. Now, it seems Drake is going to follow a famous British officer. From the streets of London to the Arab desert, Drake is going to follow the footsteps of T.E. Lawrence, also known as Lawrence of Arabia. Lawrence helped in the Arab Revolt in 1916-18 against the Ottoman Turks. It seems that before he enlisted, Lawrence was an archaeologist in the Middle East, having studied history at Oxford.

T. E. Lawrence (1888-1935) became famous after the First World War because of the remarkable role he had played while serving as a British liaison officer during the Arab Revolt of 1916-18. After the war ended an American journalist, Lowell Thomas, toured Britain and the Empire giving an outstandingly successful slide-show about Lawrence’s achievements. The romantic story of Lawrence’s campaigns in Arabia and General Allenby’s in the Holy Land appealed strongly to a British public sated with horrific accounts of trench warfare on the Western Front. From this beginning grew the legend of ‘Lawrence of Arabia’.

Thereafter, the facts of Lawrence’s war-adventures were often obscured by myth. Even today, his reputation is a favourite target for popular controversialists. Nevertheless, when the secret British archives of the Middle East campaigns were released in the 1960s and ’70s, they showed that Lawrence’s service with the Arabs had been no less remarkable than the legend.

Lawrence himself had little wish to be remembered as a war hero: he could hardly bear to think about his wartime role. His enduring ambition was to be a writer. He once confessed his hope that, “in the distant future, if the distant future deigns to consider my insignificance, I shall be appraised rather as a man of letters than a man of action.”*

His literary reputation rests on a body of writing which is almost entirely autobiographical. It includes at least 6,000 letters written between 1906 and his death in 1935, and two autobiographical books. The first, Seven Pillars of Wisdom, is an account of his service with the Arab Revolt. The second, The Mint, is centred on his experiences as an anonymous recruit in the ranks of the RAF. It was there, to the astonishment and distress of many of his friends, that he chose to spend his life after 1922.

Both in his books and letters, Lawrence was an acute observer of people, places, and events. Among the most memorable passages in Seven Pillars are the vivid descriptions of desert landscapes and of the Bedouin irregulars whose life he shared. The Mint, written in a very different style to Seven Pillars, is, like Solzenitsyn’s One Day in the Life of Ivan Denisovich, a work of observation written by a highly intelligent man who found himself effectively imprisoned. Lawrence distilled its spare descriptions from events that he had witnessed over and over again. Both Seven Pillars and The Mint ranked among Penguin’s ‘Modern Classics’.
Lawrence’s letters are no less remarkable. His friendships ranged from fellow-servicemen in the ranks to leading figures in the worlds of literature, art, and politics. In many cases, letters were almost the only vehicle for these relationships, since the circumstances of his life meant that he could rarely meet his friends.

Should he be appraised as a writer or a man of action? At the close of the twentieth century the verdict remained open. Other men of action marked history more deeply; other writers earned higher acclaim; yet few of his contemporaries combined both practical and intellectual achievements to the degree that Lawrence did. That intriguing combination has helped to sustain the public’s fascination with his life, as has the deeply introspective personality revealed in his writings.

PSN & Welcome Back program will be online in Japan