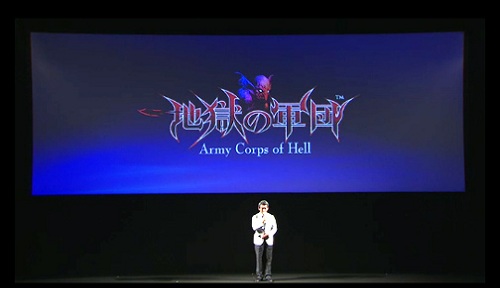 Last week Square Enix revealed the map for their booth during Tokyo Game Show and there was a ??? section of their booth. Well today we may know what will be occupying that space. During Sony’s pre-TGS event today, it was revealed that Square Enix is going to be publishing a PlayStation Vita launch title that is called Army Corps of Hell.

The game will be developed by a company known as Enter Sphere and will allow four player co-op gameplay. Not much is currently known about the title but expect more news in the coming days as Tokyo Game Show rolls on. You can check out Square Enix’s teaser website for the game here.