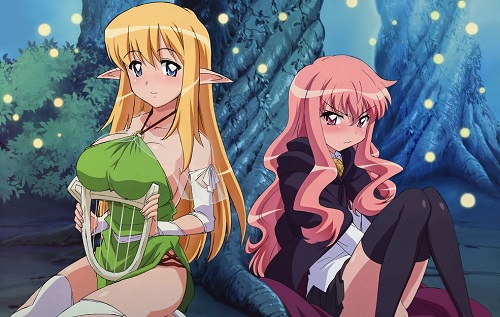 For those that felt like the last season of Zero no Tsukaima, Zero no Tsukaima: Princess no Rondo left too many questions unanswered then you will be happy to hear that Zero no Tsukaima will be getting one more and supposedly final anime series which will wrap up the story. This news comes on the wrap-around jacket of the light novel’s manga adaptation.

This announcement also comes shortly after the writer of the light novel series, Noboru Yamaguchi, said that the light novels would be ending next year. For those who are curious as to what Zero no Tsukaima is, it is an anime with romance and harem tendencies that focuses around a boy who was summoned from Earth to a magical land by a girl with the nickname “Louise the Zero” due to her initial poor skill with magic.

In October, Zero no Tsukaima Kessakusen will air and contain certain episodes from the past three anime series to help refresh viewers on what they will be watching. Noboru Yamaguchi stated on his twitter that the series would air sometime in 2012, most likely coinciding with the finale of the light novels or shortly after.