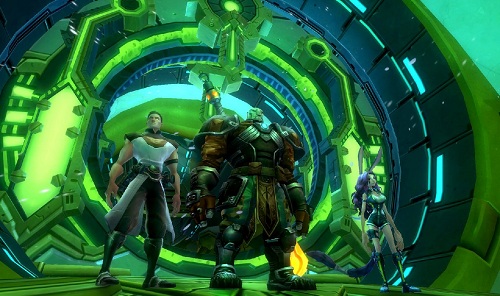 If you’ve been following the world of MMOs then there is a good chance that you probably are knee deep in World of Warcraft and aren’t reading this. But if you are, or simply are a person looking for a new and rather unique looking MMO then you shouldn’t look any further than the newly revealed MMO named WildStar.

WildStar is being developed by Carbine Studios and being brought to the public by NCsoft, though at this moment in time there is no release date announced, though a trailer for the game was released which you can catch below. From the way that the characters look and the action shown off in this cinematic trailer, WildStar is a game that deserves at least a little more attention. You can find the game’s official website here.

Mafia II and the Tools of the Trade