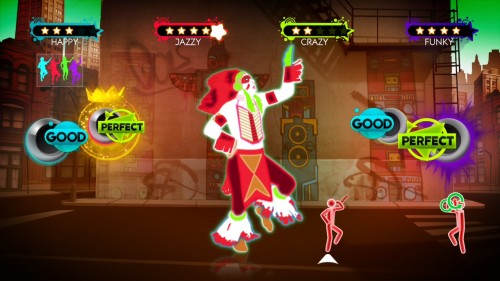 If you by chance were curious of what tracks Ubisoft have in store for Just Dance 3, you can now look no further as over 40 have been revealed at Gamescom. Now, as many of you know, this sequel will mark the first of many things for the series. As well as the Nintendo Wii, Just Dance 3 will be released on Xbox 360 with Kinect and will allow for up to four players to join in at once. A brand new “sing-a-long” feature has also been added in so players can sing while they are dancing, adding a whole new level of gameplay.

After looking at this track list, there seems to be something to please all within, from the likes of KISS to Katy Perry.

Check out the 46 tracks that were announced for yourself:

Not a bad list at all, and it certainly is nice to see some 80’s & 90’s love mixed in. I know many of you are heavily awaiting the big Battlefield vs COD later this year, but I have to say I think it will be interesting to see how Just Dance 3 fares against Dance Central and Zumba 2. The market has certainly changed a bit in the last year concerning the dance genre, so I could certainly see Ubisoft pulling out quite a trick card to retain their crown.