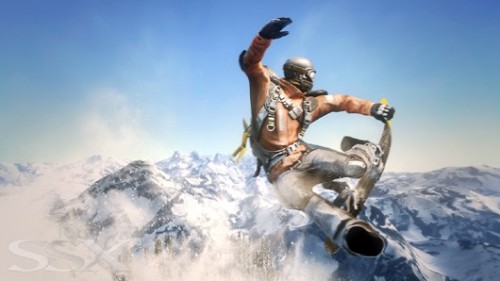 The new SSX game was spoken about today during the EA Gamescom press conference. Creative director Todd Batty annouced that SSX will have quite a few features that are similar to the recent Need for Speed titles. For example, using the Autolog engine, “Ridernet” will allow gamers to “like” certain drop points and recommend new drops to others. In addition, the service tracks your friends, and will let you vote them up or down based on their performance. Finally, every time a player records a personal best on a track, a ghost of that run can be uploaded for their friends to race against. Plus, you can set up customized events, which can be global and have up tp 100,000 other players competing simultaneously in real time in them.

The preorder bonus items for SSX were also revealed.