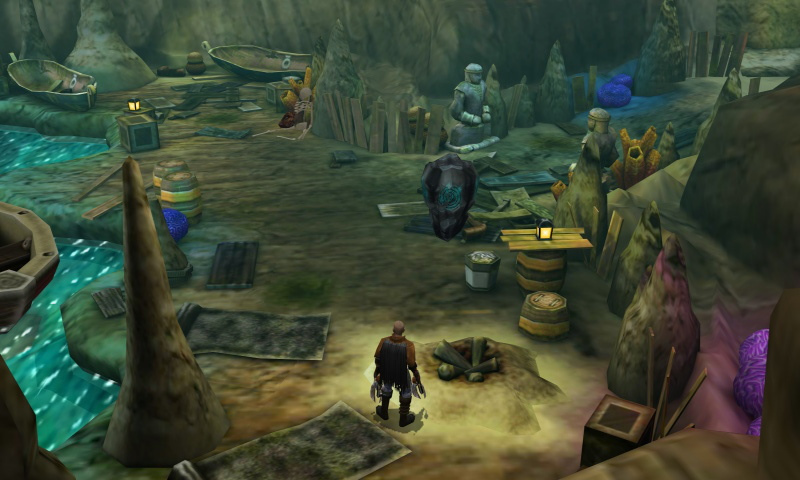 Hot on the heels of the release of Deus EX, Square Enix are busy as ever, this time at PAX Prime, where they will be releasing a first look at Coral Tombs, a brand new build for Heroes of Ruin. Anyone at the PAX event is urged to visit the Penny Arcade Expo to get the lowdown on this amazing looking new addition to the game.
Coral Tombs is an ancient graveyard that has been lost to time and is now under the command of the ocean. As such the area is alive with washed up debris from wrecked ships, floating driftwood, endless hidden buildings and caves to lose yourself in. For those brave enough to enter, the tomb holds rich rewards, loot and of course wouldn’t be worthy without buried treasure. But don’t think you are just going to walk in and help yourself to the goodies. Waiting in every dark nook and cranny is general nastiness in the form of fish beasts, shark men and giant crabs just waiting to chow down on your meaty flesh and bones.
As is quickly evident, the camps are made primarily from washed up driftwood, providing dwellers with protection from the elements as well as furniture and other items. Will you brave the near darkness and enter the tomb to hopefully find a cure for Ataraxis?