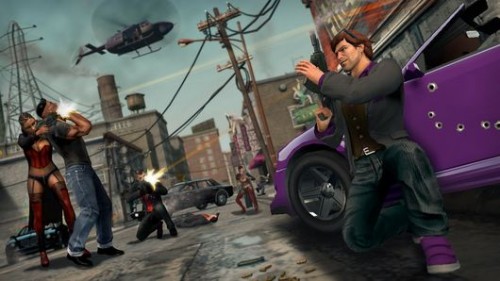 If you have any questions in your mind if you should be buying Saints Row: The Third or not then all you need to do is watch the newly released video for the game to answer that question. THQ released the below video for Saints Row: The Third which takes viewers through the game’s second level which is named Freefalling. The video itself shows a little bit of cutscene but also a lot of gunfire.

Of course the free falling comes in to play as the player has to literally free fall out of the back of the airplane and shoot enemies as they are falling through the air. Volition has made a lot of improvements to the game and it is obviously going to be everything Saints Row fans want and more.