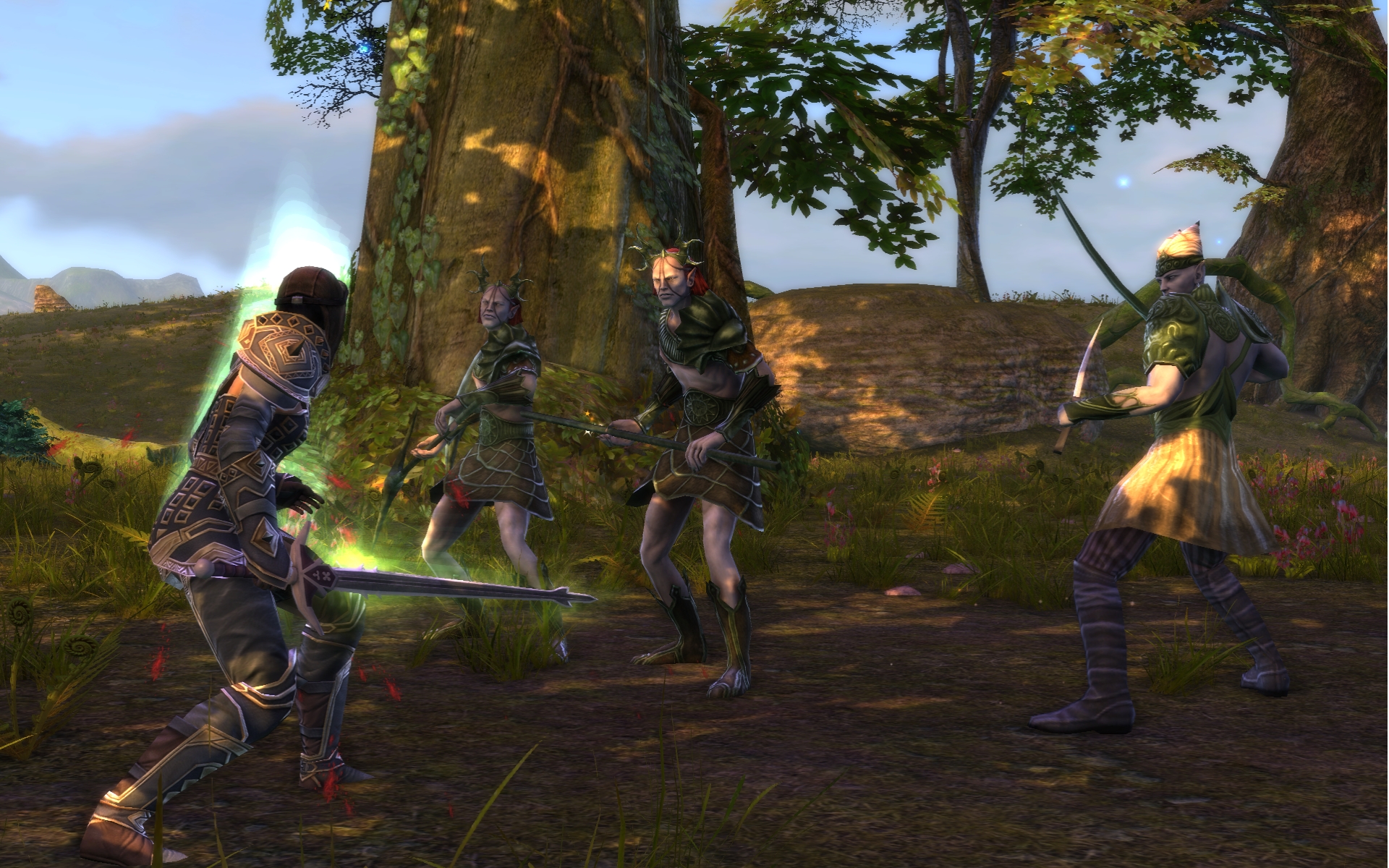 The team over at TrionWorlds have released the latest installment of lore for their MMORPG Rift. This piece of lore talks of the Ruins of Aelfwar and is quite an interesting piece of lore and history in the world of Telara.

The lore has been reproduced below.

There has always been a cult of Greenscale, though it was not always called House Aelfwar. Once, the name Aelfwar stood for the eternal devotion and untarnished honor of the High Elven royal house. But when Shyla Starhearth led the Elven people to fight in the Mathosian Civil War, Prince Hylas of Aelfwar stayed behind with his court, refusing to meddle in the affairs of men.

Shyla died in Mathosia and returned as an Ascended to find House Aelfwar… changed. Their devotion to the wild had grown fanatical, making enemies of the Mathosians and Dwarves. That the Ascended were blessed by Tavril meant nothing to the Aelfwar, whose new god represented Life at its fiercest and most uncompromising— Greenscale.

Today, House Aelfwar is an army of radical thugs and terrorists who hate civilization where once they loved nature. They embrace unbridled strength and savagery, and with every move they work to spread the primeval forest and free their overlord.

Shyla will never understand how Hylas could betray the High Elves. She more than anyone knew his heart, and the Hylas she knew would never have thought to serve Greenscale. And she is right. Hylas never did think it. The Fae Lord Twyl planted the idea in his head, whispering to the brave prince as he rode alone through the wood.

In time, Hylas became Twyl’s protegé, mastering Life magic and following the commandments of Greenscale. In the deadly and charismatic prince, Twyl saw a perfect pawn. In the capricious Twyl, Hylas saw an unworthy leader. He played to the Faerie’s arrogance, and quickly rose above Twyl in Greenscale’s eye with superior aggression and cunning. Now, no one much remembers what the cult of Greenscale was called before. House Aelfwar has swallowed it whole, the strong devouring the weak, as is proper.

Hylas is indeed a more capable leader than Twyl, and at his command, House Aelfwar has spread out of Silverwood like the roots of a crooked tree. They unleash forest trolls and savage raptors upon helpless villagers. They drive the wilderness before them like a ravenous tide. Prince Hylas will see Greenscale set loose, and will hunt with his true Elves like the horned kings of old.

A bean sprout peeks through the cobbles in a village square one morning. By afternoon, it has grown taller than a hillock and wider than an oak, and sprouted thorny vines. The vines choke the roads, strangle the livestock. Dying beasts cough up spores that take root in the flesh of men. The spores blossom into burning nettle. The next day, the beanstalk stands tall as any granitewood. The cottages have sunk into fissures around its roots.

A week goes by, and there may as well have never been a village. There is only a patch of hideous forest, the vines tangled with bits of wood and bone. And a hooded Elf makes his way to the next village, counting the Life Seeds in his pouch.

Be sure to check out the the Official Site for more info. 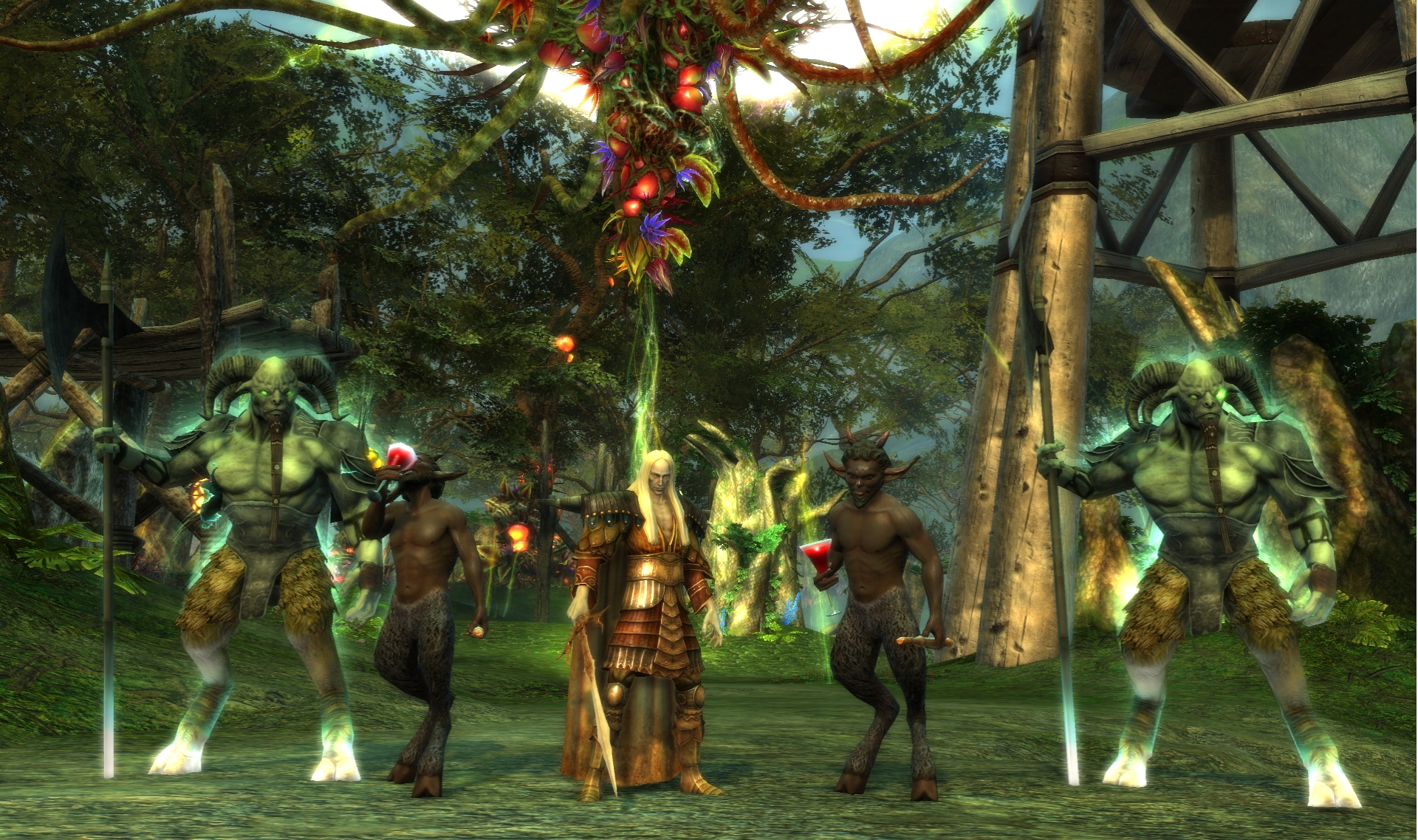 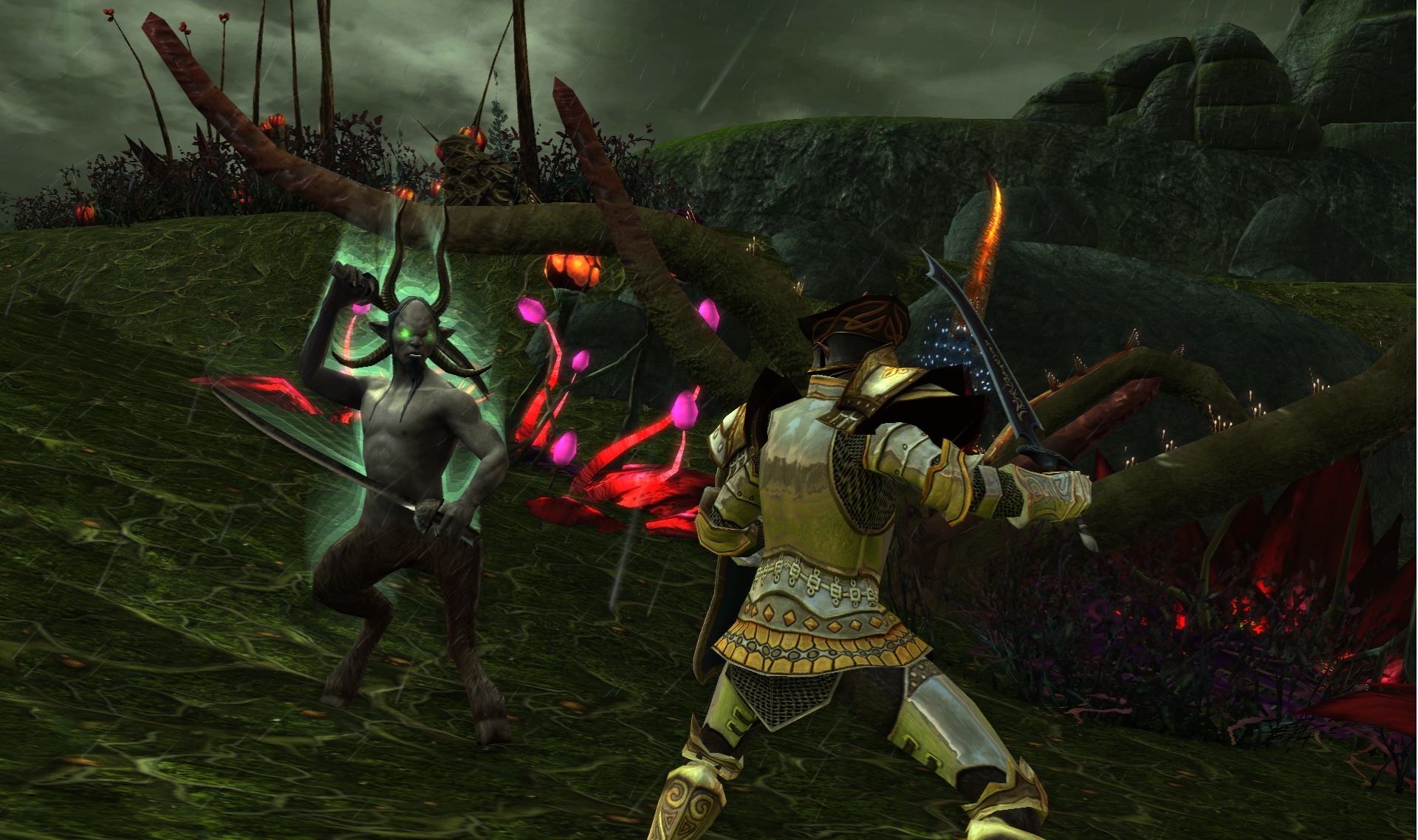