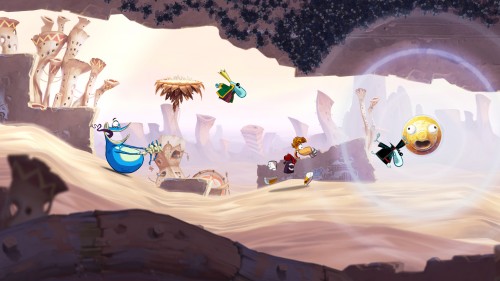 Ubisoft announced the release window for Rayman Origins at Gamescom this week. At the end of the trailer embedded below, it is revealed that the game will be coming to the 3DS, Wii, Xbox 360 and PS3 in November 2011. However, the Playstation Vita version of the game will not be coming out in November, as the system will not reach European or North American shelves till 2012.

If you have a weak stomach, you may want to avoid the trailer below. It features music made from the digestive processes of Rayman and Co., and then a angry old lady tears her husbands head off, all in a charmingly animated 2D style.