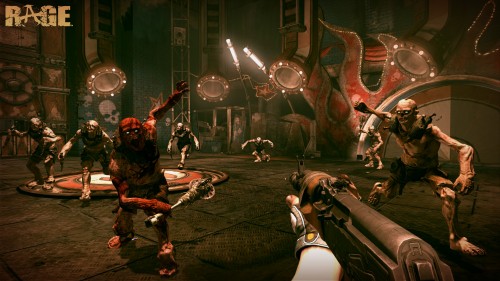 In the final developer diary from id Software, they talk about how they created the artwork and the sounds that we will be hearing when RAGE is released. The diary was released earlier today by Bethesda and the unsung heroes behind the sound and art of the game are here to let us know about their craft. Despite the fact that RAGE takes place in a desolate wasteland, the game’s setting and enemies are very impressive, perhaps the best of the year so far.

Of course the sound of a wasteland is just as important as the destruction that we are seeing and it seems that the developers have done a great job with that according to this diary. Everything from gunfire to the sound of your feet walking on the sand has been modeled to the highest quality. We’ll see how true these claioms are when the game is released in just a few months on October 4th for the Xbox 360, PlayStation 3 and PC.