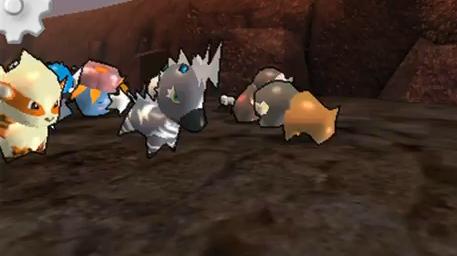 October 24th marks the first official Pokemon game on the Nintendo 3DS (aside from the Pokedex app), which is none other than Pokemon Rumble Blast. As we have mentioned before, this sequel or follow-up of sorts looks to utilize the same engine as the Pokemon Rumble WiiWare game, but with the full roster of the Unova Pokedex in tow.

Nintendo have finally released an English trailer for the game, showing off the wind-and-battle gameplay and the various bosses players will encounter. These bosses seem to be made up of larger versions of standard Pokemon, where you must use your own team’s elemental and physical advantages to overcome the said foe. You can check out the trailer in full below and once more details are released for Pokemon Rumble Blast for the 3DS, we will be sure to bring out an update.

Framerates, take a look at the difference.