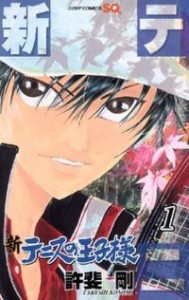 Not much has been revealed about the details of the adaptation or it’s release date for the series. However the latest film in the franchise is set to premiere in Japanese cinemas on September 3rd, 2011.

Leave a comment below with your thoughts on The New Prince of Tennis anime adaptation.