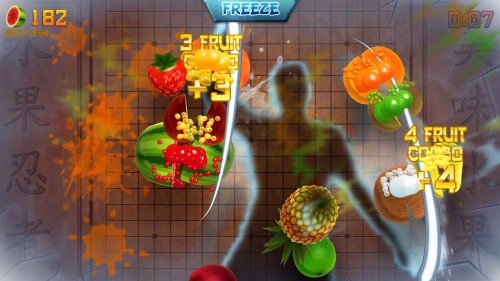 In an effort to combat the dust collecting nature of the Kinect, Microsoft looks like they will be aiming to get at least one Xbox Live Arcade title out a month that will have some form of Kinect functionality inside of it. Sure there are plenty of full retail titles that have been released which make use of the Kinect’s abilities, but there has been practically nothing involving the Arcade section of the 360.

EMEA region product marketing manager Robin Burrowe said in an interview with CVG that Microsoft is “targeting a frequency of about one a month from the Xbox Live Arcade portfolio that will have Kinect integration. That will really be powerful and differentiate the platform.” The first XBLA Kinect game will be released next week and it will be Fruit Ninja Kinect. If the game is even half as fun and addicting as it is on the iPhone then it will be a great first entry to what could be the beginning of the end for Kinect dust.