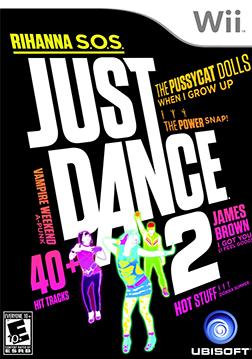 Ubisoft have reason to celebrate, as Just Dance 2 for the Nintendo Wii has now sold over 5 Million copies. This landmark comes just months before the multi-platform release of Just Dance 3, and is surely a sign that the upcoming sequel will also have a huge launch.

Only 7 other titles have reached the 5 million mark on the platform, and this is the first time a third-party publisher has made the best-selling list.

Those who think Nintendo may be struggling at the moment due to the 3DS like to know that Nintendo have also stated that the Nintendo DS was the best-selling platform in July. So congrats, Ubisoft on the victory and here’s to hoping more will join this elite list in the near future.