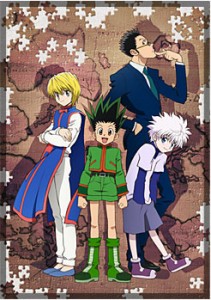 With the imminent premiere of the new Hunter x Hunter anime series which is set to reboot and revitalise the franchise, a new role playing community based around the series has opened its gates up for fans. Whether you have never role-played online before or are a seasoned veteran, the Hunter x Hunter World role-play community will welcome you with open arms.

You can join in on the action and make your way into the Hunter x Hunter World here. With little amount of places on the interenet for fans of the series to congregate, it is truly a good sign for the series future to see the first Hunter x Hunter online role-playing site open up. So if your a fan or plan on getting into the series when it makes it’s television premiere in Japan on October 2nd, 2011, be sure so sign up and enter the world of hunters!