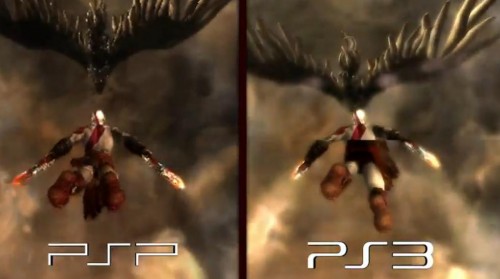 Sony are preparing the release of God of War: Origins Collection on the PS3, which will take both PSP God of War titles (Ghost of Sparta and Chains of Olympus) and remaster each in beautiful HD. Sony want to show users just how these two PSP titles will look in their new, single disc form, and to do so a new video has emerged showing the before and after effect.

As you can see in the clip below, the final result looks pretty awesome and everything appears much more crisp and less pixelated. We are also expecting many other PSP titles to get this game HD treatment this year such as Metal Gear Solid: Peace Walker, so this remastering technique seems to be just taking off at the moment and I would expect even more hit PSP titles of the past to follow suit. God of War: Origins Collection launches on September 13th in the U.S. and September 16th in Europe for the Playstation 3.