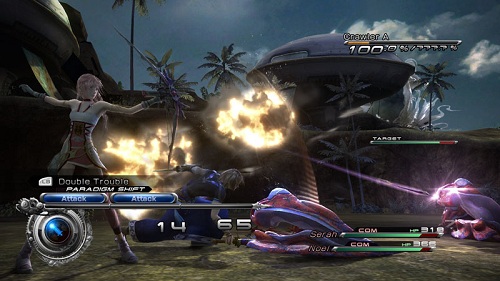 If you’ve been waiting to see the full character design for Serah then you are in luck because alongside some new screenshots released for Final Fantasy XIII-2 was a full body artwork of Serah as you can see below. In this piece of art we see Serah wielding a bow, while we are also treated to two combat screenshots which show off her fighting style with both a bow as well as a sword.

Besides these three images we are also given two pieces of environmental screens and a bit of a storyline related one as well. It seems Serah may have misplaced Lightning’s knife somehow, or did she? We’ll know for sure next year when Final Fantasy XIII-2 releases on the Xbox 360 and PlayStation 3.