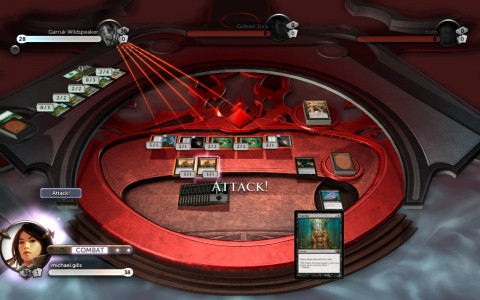 If you thought that you had done everything that you could possibly do in Dules of the Planeswalkers 2012 then you should be happy to hear that your favorite downloadable card game is about to get itself an expansion, or should I say booster pack? Wizards of the Coast announced earlier today that they will be releasing the Ascend into Darkness DLC package on September 14th across all platforms which the game is available for.

The DLC will include new cards and feresh art for each deck, three new playable decks as well as a handful of new campaign levels. Plus players can take on the role of Archenemey either through online matches or local matches. In Archenemy mode, three players will be bit against a very overpowered opponent. Sounds like a great time for those who can’t get enough of Magic: The Gathering.