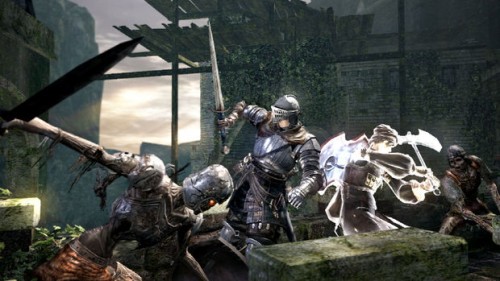 Ahh ESRB… what would we do without you. Besides the obvious lack of content information for parents, we’d also miss out on their often hilarious ratings for games that stray outside the norm. Now although the ESRB‘s rating for From Software’s Dark Souls doesn’t go too crazy, it does help raise the hype for the game as much as describe the content.

Dark Souls has been given an M rating for plenty of gore as well as some partial nudity. Before you get too excited however, the nudity only consists of some bird monster butts. Something to get excited for however, is the description of the multiple decapitations of a dragon. Sounds like there is going to be some great boss fights when the game is released later this year on the PlayStation 3 and Xbox 360. Check out the full rating below:

This is an adventure role-playing game in which players must battle monsters and collect souls to lift an undead curse across the land. Players use swords, axes, and magic arrows to kill zombies, demons, giant spiders, and other fantasy creatures in both ranged attacks and melee-style combat. Players can also use stealth attacks (e.g., stabbing) to dispatch enemies at close range.

Battles are accompanied by slashing sounds, cries of pain, and large splashes of blood. Blood pools may also appear on the ground, and some environments depict flaming bodies impaled on spikes. Boss battles include instances of dismemberment and decapitation (e.g., cutting off a gargoyle’s tail, slicing multiple heads off a dragon). During the course of the game, one female enemy’s breasts are barely obscured by strands of hair; some bird-like humanoids are also depicted with exposed buttocks. 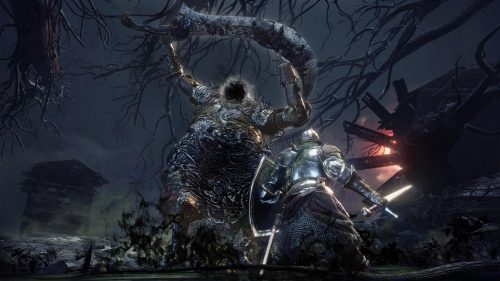