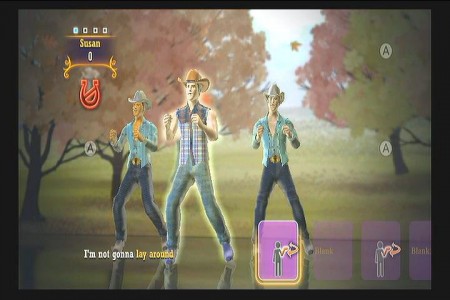 There is no denying that the dance genre as a whole has been wildly successful on the Nintendo Wii. Last year, country music fans got their own dance title in Country Dance, and now it seems a follow-up is just months away with Gamemill’s announcement today of a sequel.

Country Dance 2 looks to utilize the same singing and dancing gameplay mechanics of it’s predecessor, but with a new “duet dancing option” that lets players dance together with each receiving their own unique set of commands.

A track list was also revealed with the announcement of this sequel, detailing the first 15 songs players can expect:

Country Dance 2 will be hitting the Wii sometime this holiday season, so get your boots dusted off and your mic tuned up for this brand new western dancing romp. You can also get a first look at the game in the new screenshots down below.