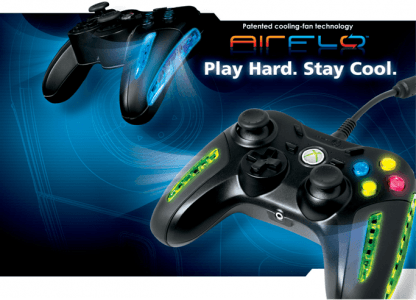 Now here is something interesting to consider. Do you ever get sweaty hands while you play your favourite game? It could be while you are in a middle of an intense multiplayer game or boss battle. If the answer is yes, then this might be the solution.

The guys at Bluemouth Interactive are introducing two new game controllers, one for the Playstation 3 and one for the Xbox 360 (which is officially licensed by Microsoft), are going to keep your hands cool and sweatless during those intense moments. Both controllers will feature: