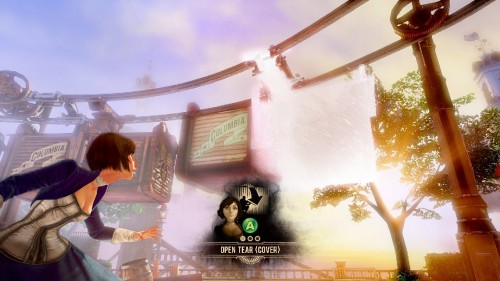 Nothing can pull on a person’s heartstrings more than seeing a legitimate looking crying person. Of course there is more than just sadness involved when we talk about Elizabeth’s tears. There is of course her tears which are running down her cheek in the below screenshot, or also the tears in the world itself which can spawn new cover and items or even throw them into an alternate timeline.

The below screenshots come from 2K Games and Irrational Games today for Gamescom and they focus entirely on Elizabeth, the main heroine of the title Bioshock Infinite who the player has to rescue and protect from Songbird. Bioshock Infinite will be released to the PlayStation 3, PC and Xbox 360 sometime in 2012.