With much rumour surrounding its release and ratings, Sega have finally made an official announcement that Aliens: Infestation will be released early September for the Nintendo DS. The game is developed by Wayforward studios in conjunction with Gearbox software who will be working on it parallel with Aliens: Colonial Marines being released for PC, PS3 and XBox 360. According to the official Sega release statement, players will be able to take control over 19 unique characters. Iconic environments from the ALIENS film series will be revisited including the Sulaco, Derelict ship and LV-426 bringing back old memories for fans of the franchise. Described as an action-heavy side scrolling exploration game players will be pitted against the familar Xenomorph and be able to utilise a vast array of weapons and items seen and used within the movies. Popular comic book artist Chris Bachalo has lent his skills to the project, aiding in character design and with a full arsenal of upgrades and collectibles this looks very creative and unique.

“In contrast to our other alien titles in the works at the moment, Alien Infestations delivers a game that focuses more on exploration of the expanded universe says Gary West, Senior VP Marketing Sega West. He goes on te praise Wayforward for their passion in delivering a pocket size version of Aliens to market. 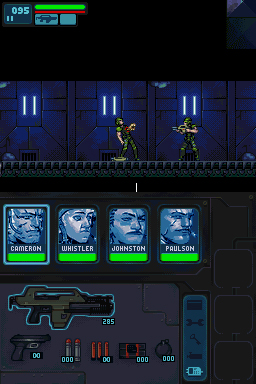 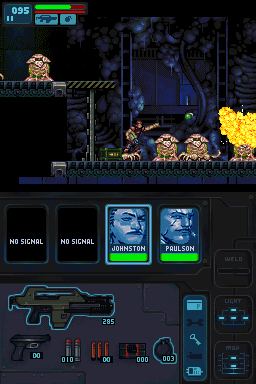