Leading German PC publisher, Just a Game, have recently announced a new feature for their upcoming RTS game – Operation Gamma 41. These features are the Mirage and Commanders systems.

The Commanders System is a kind of ranking up system that allows you to level up your Commander and gain skils to utilise on the battlefield. This s done in two ways, maximum ranking and random ranking. Each method is as it sounds, with one distributing random points and the other distributing all points on the skill sheet.

Additionally, Commanders also have star ratings which are “up to a maximum of 5; increasing the star rating rewards the players large bonuses, but at a serious risk: it costs both Warsoul Medals and cash, and it can fail and cost the player the stars they have already acquired. Players can avoid this by using a Medal of Passion, or double their odds by employing a Lucky Medal”.

The Mirage system improves a players general in this manner: “Two generals are combined together to create a single, more experienced officer. This is the perfect way to increase a general’s Valor, a pivotal stat in combat, and the new officer will begin anew at level 1.”

For more information, please check out the Official Website for more info. 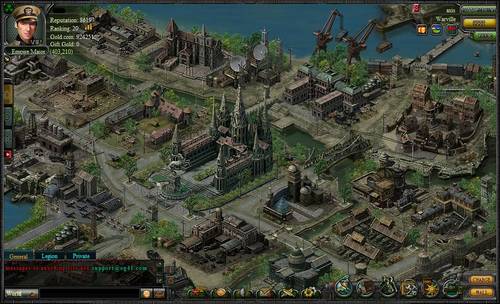