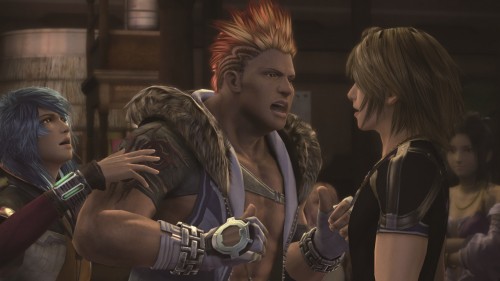 Square Enix released a new batch of screenshots for Final Fantasy XIII-2 today, and in them we see some familiar faces in the forms of some old members of Team Nora from FFXIII. Besides these familiar faces we also see two areas from the game itself, a settlement in Gran Pulse named New Bodhum and a town named Bresha.

You can see the screenshots below that also include some battle images that show off some of the combat modes that will be returning such as Paradigm Shift and staggering enemies. Square Enix has yet to announce a more exact release date besides sometime next year for North America and then end of this year for Japan.