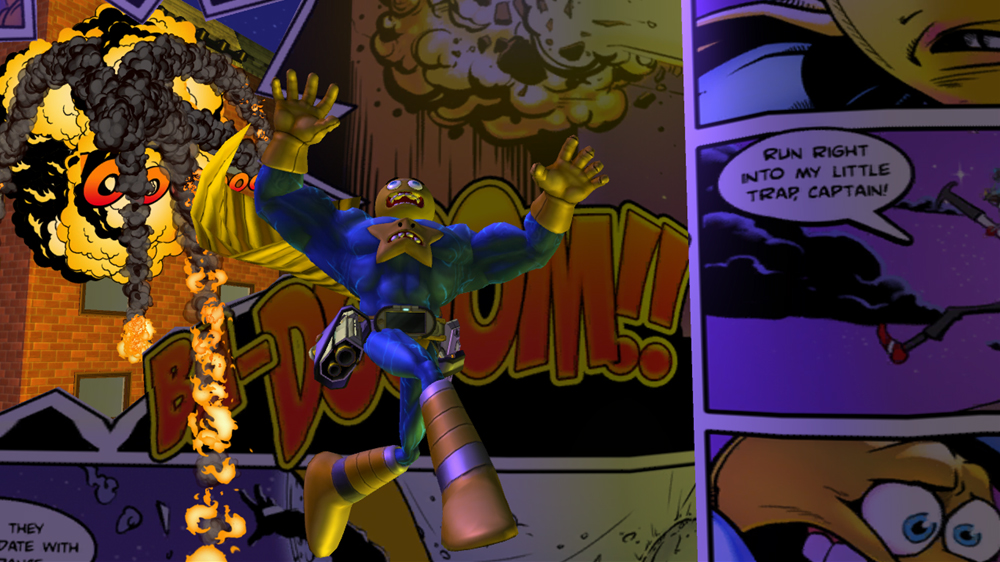 Not having heard of this title before, i have become intrigued by its graphic style and storyline. To be able to save comic books while playing a video game, well lets just say the idea appealed to me, and to have it on special, well thats just the icing on the cake.

Twisted Pixel studios have announced that their quirky award winning Comic Jumper will be heavily discounted as part of the XBOX Live deal of the week. Down from its original price of 1200MPS, to a mere 400MPS, Twisted Pixel say after the sale the price will be permanently dropped to 800MPS which is good news for all. Comic Jumper gives players the control of Captain and his brash “chestkick” Star as they attempt to keep their own comic book series from annihilation. Their quest has them jump in and out of different storylines to keep their heads above water, ranging from 70’s fantasy, Silver Age, Modern and Manga. Each comic represents the art style of the era and gameplay takes on the feel of core classic shooters from the 90’s.

Go check it out at the XBox marketplace –