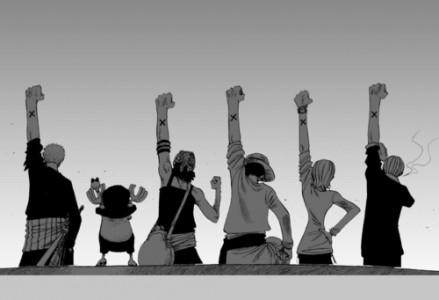 During their Comic-Con 2011 Panel along side many other great announcements, Funimation after building the anticipation the entire panel, made the announcement fans have been waiting for for months now. They are currently in negotiations for the rights to more episodes to dub of One Piece.

As previously stated dubbing One Piece is a touchy subject for Toei Animation, understandably after the 4Kids debacle. It has been stated many times that it is both difficult and expensive to get the rights to dub One Piece and thus why it has taken this long for any news. But it has finally been confirmed, that yes negotiations are underway and yes One Piece will continue being dubbed!

What are your thoughts on this long awaited announcement? Leave a comment below letting us know!