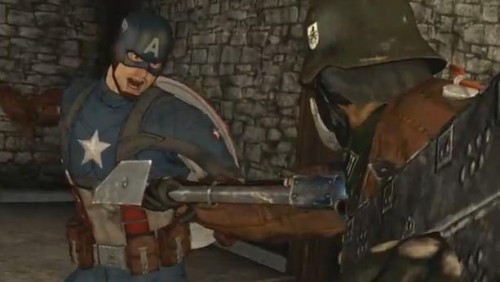 Captain America: Super Soldier officially makes it’s console (and handheld) debut next week, and with that Sega have now revealed a shiny new launch trailer for the game. In this clip, we see the Captain displaying some of his shield tossing skills as well as some fancy aerobatics in beautiful CG.

I know this game is a movie tie-in, and past history alone (Thor) should be enough of a warning that looks can be deceiving, but from what we have seen so far and how far Sega are actually going to promote Captain America: Super Soldier makes me think this might be a dark horse title for the year. I say not because of the trailer alone, but how polished all of the gameplay footage shown in that past appears to be. We should be getting this title anyday now and when we do, we will be sure to bring you a detailed review. For now, check out the launch trailer for yourself below and Captain America: Super Soldier launches on the PS3, Xbox 360, Nintendo Wii, and DS next week on July 19th.