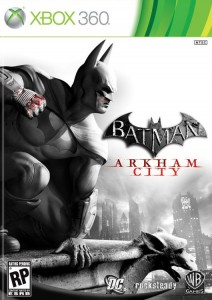 Best Buy have been really good as of late at leaking content as well as upcoming titles, but this bit of news may be the most interesting in some time as it yet again concerns Batman: Arkham City. As of today, the retailer listed a collector’s edition for the Xbox 360 & PS3 version of the game, along with a price-tag of $99.99. Nothing else is listed for this edition at the moment, but both versions are clearly listed on the official website (click HERE to be taken directly to the page).

If you remember, the Arkham Asylum’s Collector’s edition came with a Batarang replica as well as a DVD and quite a few other goodies, and for the price-tag of $99.99, I would expect Arkham City’s to be just as jam packed this time around. Of course we know nothing as of now though, but as soon as Warner Bros. make the inevitable announcement of what this edition holds, we will be sure to bring an update. Stay Tuned!