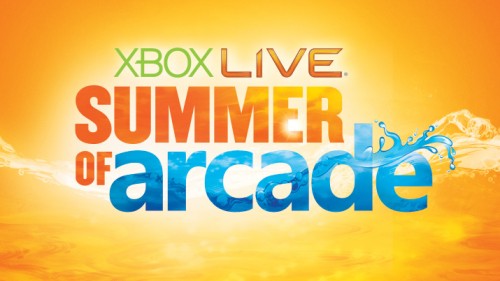 Microsoft’s Xbox LIVE Summer of Arcade campaign has been extremely successful and in their fourth year they’re certainly taking things to eleven with an amazing lineup of XBLA games. Here’s the insane list of blockbuster arcade releases for the five weeks it’ll be running, starting on July 20.

· Bastion (Supergiant/Warner Brother Interactive Entertainment): Bastion is an action role-playing experience that redefines storytelling in games, with a reactive narrator who marks your every move. Explore more than 40 lush hand-painted environments as you discover the secrets of the Calamity, a surreal catastrophe that shattered the world to pieces. Wield a huge arsenal of upgradeable weapons and battle savage beasts adapted to their new habitat. Finish the main story to unlock New Game Plus mode and continue your journey!

· From Dust (Ubisoft): Discover a unique Modern God game where nature is the star. From Dust, is the latest original concept by Eric Chahi, visionary creator of Another World. Behold the beauty of a primitive world pulsing with life and face the might of nature. Beware the danger of a world that is constantly changing under your command. Control the destiny of a tribe struggling to survive and help it recover its ancestors’ lost powers. Immerse yourself in a world as exotically beautiful as it is dangerous. A universe where Nature reclaims what is Hers; and you are your people’s only chance of survival.

· Fruit Ninja Kinect (Halfbrick/Microsoft Studios): The worldwide gaming phenomenon Fruit Ninja has now arrived for Kinect in its juiciest form yet – YOU are the ninja!  Your arms are now blades, and the battle against the world’s most delicious produce is just beginning. Fruit Ninja Kinect is an amazing evolution of the slice-em-up genre created by Halfbrick, utilizing next-gen precision power for the juiciest combat ever!

· Toy Soldiers: Cold War (Signal Studios/ Microsoft Studios): Jump into the fray with playful’ 80s combat action in Toy Soldiers: Cold War! Bring your favorite action toys to life and wage war against the red menace. Need backup? Call in a friend for co-op campaign action on the couch or over Xbox LIVE. Take a break from the main battle with Survival mode and playful mini-games. When you beat your LIVE friends’ scores, they’ll be gunning to reclaim the top spot!

And as always, there’s a few gems that aren’t officially on the Summer of Arcade lineup as they’re higher profile and don’t need the extravaganza but still pack a massive punch. This year we get the sequel to the action-packed Splosion Man and a robot-powered shooter from critically acclaimed designer Tim Schafer and Double Fine.

· Ms. Splosion Man (Twisted Pixel/Microsoft Studios): You got a problem? Yo, she’ll ‘splode it. At the Big Science afterparty celebrating the capture of Splosion Man, a spill of champagne shorts out the safety protocols on the splosionatrix and from it emerges Ms. Splosion Man! Ms. Splosion Man is not a sequel, but an evolution of the original Splosion Man. Coming to Xbox LIVE Arcade in 2011!

· Trenched (Double Fine/Microsoft Studios): Trenched is a hybrid tower defense and third person shooter game, set after World War I in an alternate reality, where the player controls units from “The Mobile Trench Brigade” to fight off robotic species called the Monovision. Players will control giant mecha-style robots with weapon and armor customization through a variety of missions set across the world. Coming to Xbox LIVE Arcade in 2011!

And that’s not all, check in tomorrow as Microsoft is doing a new arcade game reveal every day of E3.