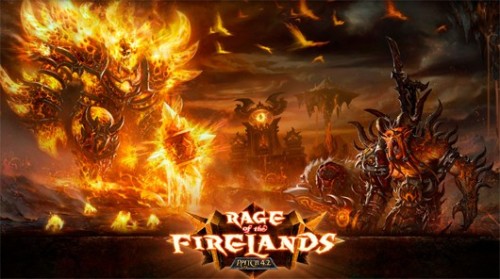 Not many people can claim that they have never touched World of Warcraft. The MMORPG has been around for so many years and can be argued to be the most successful franchise of all time, claiming many peoples free times and in some extreme cases even their lives. Now entering the World of Warcraft is going to be easier then ever because Blizzard has just released a new plane in the latest game update.

The latest update is called Rage of the Firelands, but what is important here is that it also makes it so that players will be able to play the game past the usual 14-day trial. Namely they will be able to play until their levels hit the number 20 and they will be capped there unless they buy the full version of the game. This means that the largest and most successful MMO is now easier than ever to at least try out for potential players who wish to have all of their time stolen from them.