Every morning when the Supanova Pop Culture Expo is on in Sydney, it smells like convention is in the air. People are up before 9am, everyone is chirpy and chatty on public transport, and – the dead giveaway – Sydney suddenly becomes filled with a lot more Marios, Cloud Strifes, and Ezios than one can care to remember.

From the lines at the event, it was already clear that this year was going to be a big one for Supanova in Sydney. The line not only stretched out past the front of The Dome at Olympic Park, but it curved all the way around…and back again. In fact, the line nearly lapped itself with eager convention-goers, ready to leap in and spend, meet, and mingle as soon as the doors open at 10. 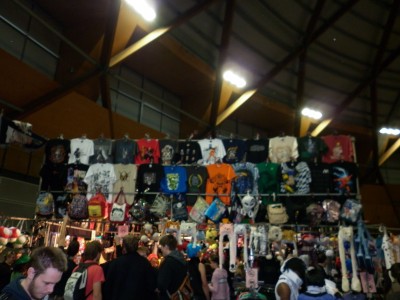 Just one of the stalls filled with awesome merchandise.

Once inside though, that’s where the chaos, mayhem, and fun truly began. Each row was lined with stalls – as every convention is every year – from King’s Comics to Madman, and Magic the Gathering to GAME, and there were plenty of awesome and incredible things to be snagged up, and awesome guests to meet. There were Saints Row 2 bullet shaped USB sticks for $1, games to play like Child of Eden and Just Dance 2, chocobo plushies, Mario toys (way too many Mario toys, honestly), and plenty of free comic books, posters, and trading cards to ease the wallets of us anime and gaming fans.

Tom Felton, Sean Maher, James Marsters, Dan Green and Barbara Eden were just a few of the guests lined up for this event, and each had their own line of fans poised and waiting for photographs and autographs. We managed to score a quick interview with Amy Acker, the actress who plays Dr. Claire Saunders in Dollhouse and Winifried Burkle and Illyria in Angel, which we will put up on the site in a few days time. She was absolutely lovely to speak to and such a talented woman – and for all you guys who want to know, she’s a hottie in real life too! 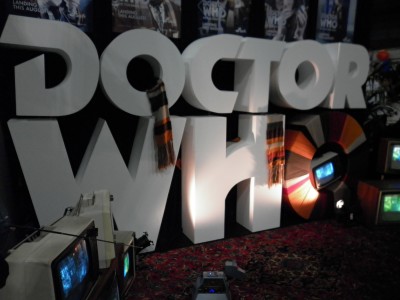 Wouldn’t this be an awesome bedroom?

There were also plenty of panels with their own unique moments: Dan Green actually got asked which Final Fantasy character he would like to be play, and someone chimed in “Dan, you could be my final fantasy” (and no, I didn’t make that up…it actually happened). There were also hordes and hordes of cosplayers from a diverse range of shows, anime, and games: I saw Kerrigan, Jack Sparrow, about 12 Ezios and Altairs, 4 Wally’s from Where’s Wally, and about a dozen people in Pikachu suits…Oh, and there was a person fully decked out in a Charizard suit. However, they have a reason to dress up: Madman National Cosplay Competition saw the best of characters from around Australia compete for the country’s best cosplay.

Day One was jam-packed full of great events and personalities, and it’s more than likely that Day Two is going to be just as huge. Check back for more coverage on Supanova 2011 in Sydney, and make sure to stay tuned for our interview with Amy Acker coming to you soon! 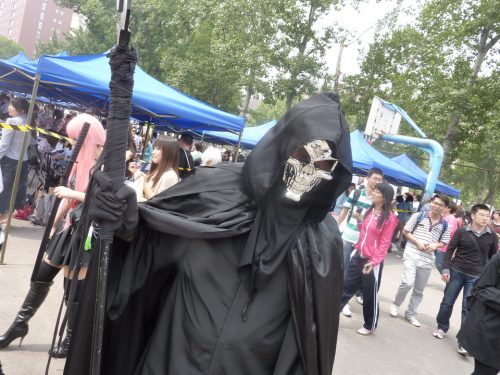