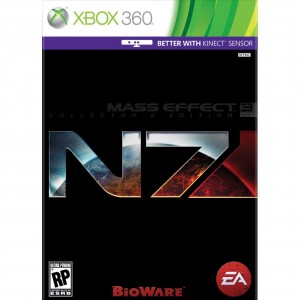 Microsoft should be giving us the deets on Mass Effect 3 shortly, but for those who are impatient, Amazon have listed a Collector’s Edition of the game with a March 6th release date. Of course that date could just be a placeholder at the moment, so nothing is set in stone. What has been confirmed though is a nice purple strip on the Xbox 360 version of the game, confirming the previously rumored Kinect support.

Details of what the Mass Effect 3 Collector’s Edition actually holds have also been revealed by the online retailer:

Interesting….. Only time will tell though just how the Kinect Support will come into play. As soon as more is known, we will be sure to bring you an update.

Netflix updated to work with Kinect on Xbox 360