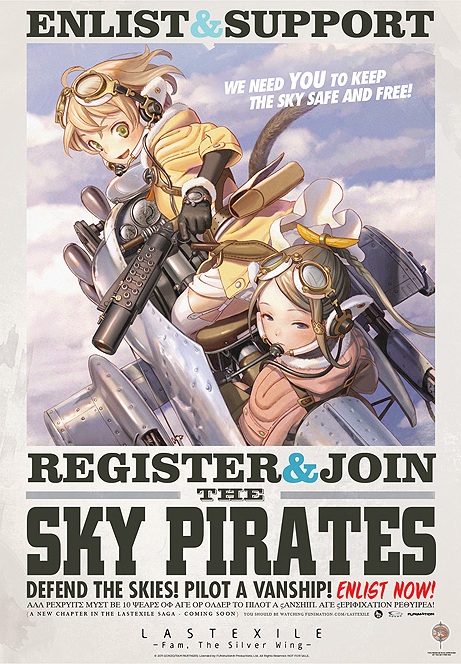 FUNimation recently announced that they have acquired the rights to not only stream, but also distribute Gonzo’s upcoming anime, Last Exile: Ginyoku no Fam. In english the title is called Last Exile: Fam, the Silver Wing. The anime series itself is a spin off of the 2003 anime series and also is being done to commemorate Gonzo’s 20th anniversary.

The Anime Expo occurring next month will play host to the premier of the series on July 1st to the 4th in Los Angeles. Funimation says that the series itself will focus around “the young ace vanship pilot, Fam, and her trusted navigator, Giselle, as they pilot their vanship, Vespa, through the free and peaceful skies.” To commemorate the acquisition and Gonzo’s 20th anniversary FUNimation is also holding a contest where five winners will win a Last Exile DVD and other prizes! You can enter the contest here.