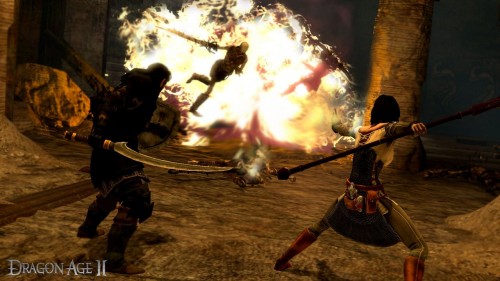 If you plan on going to Comic-Con then you will most likely be able to see a lot of different things. Namely a lot of people cosplaying as well as a bunch of interesting sights. But gamers may also want to attend Comic-Con because Bioware just announced that they will be showing off the newest Dragon Age 2 DLC at the event as well as a demo for Mass Effect 3.

The event will be running from July 21st until the 24th and fans can even cosplay as their favorite Bioware character because on the 22nd Bioware is also holding a costume contest. I can’t wait to see if someone will show up dressed as Varric with all of the chest hair. Also maybe the DLC will add another dungeon map, bringing the grand total to five!

Dead Island rated by the ESRB; blood and bikinis included!