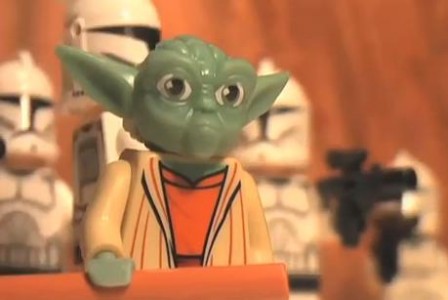 Lego Star Wars III: The Clone Wars has been out for a couple of months, adding yet another chapter into the growing franchise. Today LucasArts released a small treat for fans as Youtube animator Jordan Johnson, aka FancyPants, has created a new trailer for the game using stop motion animation with the Lego-counterparts inspired by the series.

Of course we all know that stop-motion animation is a tricky and tedious task and requires more patience than I will ever have, so to give a bit more insight on how this trailer came to be, a “Making of” clip was also released which follows Johnson as he creates animations for the characters, frame by frame. Quite an interesting clip and if you have ever been curious to see how stop motion works, I highly recommend you check it out below as well as the finished product which turned out to be a spectacular production.