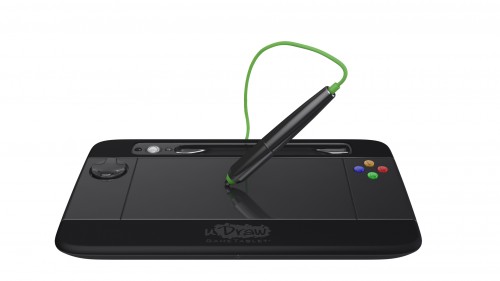 If you have been wanting to try out the uDraw and have been suffering from the limitation of not owning a Wii, it looks like you are in luck as THQ announced today during a fourth quarter fiscal 2011 report that they would be bringing the artistic tablet to the Xbox 360 & PS3. Since launching late last year, the Wii version of the uDraw has shipped over 1.7 million units which certainly shows that this port of sorts should be a smart move.

Aside from a “Holiday” release, not much else is known, but I am sure the 360 and PS3 versions will work identical to the Wii tablet with the uDraw studio bundled in. It will however be interesting to see just what games will support the uDraw though as there certainly is a lot of potential for the device. Since THQ publish the Smackdown vs Raw games as well, I personally would like to see a new way to create logos and designs in the create a wrestler as it takes hours during the current process. Either way, there is no doubt the uDraw should do well for all consoles it lands on if history repeats itself and we can now look forward to having a new toy to play with on the Xbox 360 & PS3.